FOR THOSE WHO DARE

Fueled for winning by the latest Qualcomm® Snapdragon® 888+ 5G mobile platform, ROG Phone 5s launches your mobile gaming experience into the next dimension. With an unbelievably responsive 360 Hz native touch sampling rate, the 144 Hz / 1 ms display brings you the smoothest ever viewing experience. It also packs a monster 6000 mAh* battery system, AirTrigger 5 game controls, and our iconic GameFX audio system. Dare to choose ROG Phone 5s, and you'll be rewarded with unbridled performance for a world-leading gaming and entertainment experience.

The GameCool 5 cooling system on ROG Phone 5s has an optimum thermal structure featuring a centered CPU with the battery split into two parts, one located on each side of the CPU. This ensures that the heat generated by the CPU is transferred to all the edges and corners of the chassis simultaneously for higher thermal efficiency. The re-shaped vapor chamber and extensive graphite sheets also help to spread the heat evenly across the device to reduce heat build-up in the middle.

AeroActive Cooler 5 intakes and expels an incredible amount of cool air directly on the center of the phone - right where the CPU is - to deliver an unbelievable 10°C* drop in the CPU temperature.

To achieve low-latency gaming and ultra-responsive inputs with reduced chance of accidental touches, the 144 Hz / 1 ms Samsung E4 AMOLED display on ROG Phone 5s now boasts a 360 Hz native touch-sampling rate, to give you a super-smooth, seamless gaming experience. The supreme visuals are enhanced even further with world-beating color accuracy and always-on HDR technology that improves non-HDR visuals, along with a screen that's protected by the toughest ever Corning® Gorilla® Glass Victus. ROG Phone 5s is built to endure - and built to win. 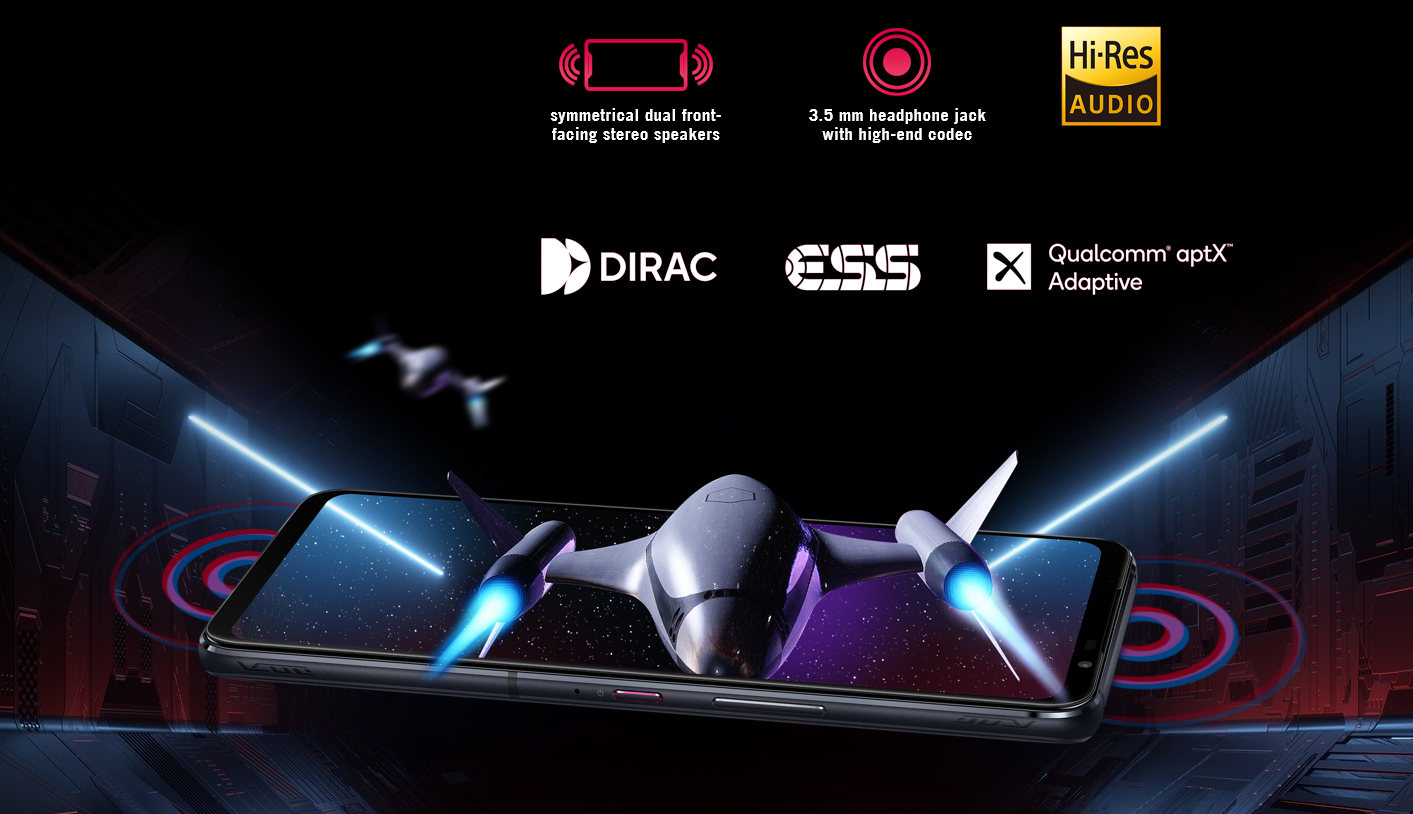 Our GameFX audio system on ROG Phone 5s features symmetrical 7-magnet dual speakers for truly balanced stereo sound effects, and a 3.5 mm headphone jack in conjunction with a hi-fi grade ESS DAC. Both have been optimized via a collaboration with audio specialist Dirac, making ROG Phone 5s a rare smartphone with a truly impressive audio quality. In addition to the premium sounds, GameFX also gives you crystal-clear in-game sound effects and powerful aural soundscapes you've never dared to hope for in a phone.

ROG Phone 5s gives you a control experience that's even beyond console-level gaming! 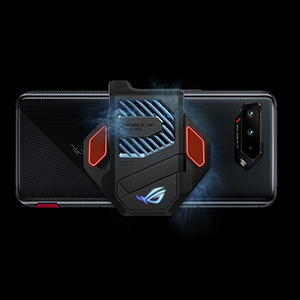 Delivering increased airflow directly to hotspots on the back cover of ROG Phone 5s, the AeroActive Cooler 5 clip-on external cooling fan can lower the surface temperature near the CPU by up to a stunning 15°C. It also has two extra physical buttons to allow a genuine console-like control experience. 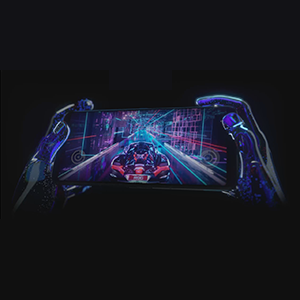 Controlling a game by moving your phone is a cool and intuitive way to play. ROG Phone 5s supports a total of 10 different motion controls, so you can easily pick the moves to fit your game. In a racing game, for example, you can swivel the phone to steer or push it forward to accelerate. Game control has never been so easy. 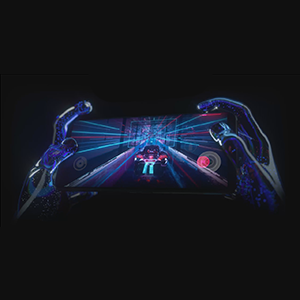 In addition to tap, slide, swipe, dual partition buttons, the ultrasonic side sensors can now support two gestures on one side of the sensors simultaneously. You can now have tap and swipe or tap and slide turned on at the same time for even more controlling possibilities.

* All images are simulated for illustration purpose.